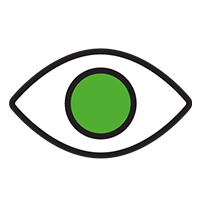 We want a world where all communities have equitable access to opportunities and resources. 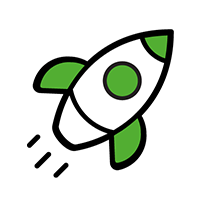 We provide young people from underprivileged communities in India with quality education to enable them to maximise their potential. 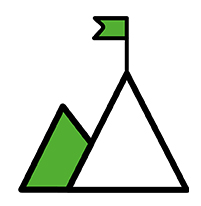 To increase access to quality education for 5000 youth and children by 2025.

We believe in setting high standards for ourselves and ensure that we maintain them by remaining engaged, enthusiastic and motivated.

We believe in setting high standards for ourselves and ensure that we maintain them by remaining engaged, enthusiastic and motivated.

We believe there is always something new to learn and strive to constantly foster and support personal and professional development.

Integrity is key to everything we do. We hold ourselves accountable to the promise we make to our beneficiaries and stakeholders. We do the right thing, even when no one is looking.

We believe enrichment lies in diversity. We uphold our common set of values and we embrace diversities as a unique opportunity for growth.

We believe strength exists in collaboration. We build trust to ensure everyone feels comfortable to share knowledge and skills and is able to ask for help at any point.

From breaking stereotypes to impacting young people in urban slums from two different countries and backgrounds, Chris Way and Krishna Pujari became friends over a cricket match and a common vision: break negative stereotypes about poor urban communities in India and support their residents.

In 2006 they opened Reality Tours and Travel, an ethical tourism company, and launched an Educational Slum Tour of Dharavi, one of Asia’s largest slums. The goal was to show people the positive side of this community and reinvest profits from the tour into its development.

After discussing Dharavi’s needs with its families, in 2007 Reality Tours set up a Community Centre to provide English and computer classes, using tour revenues. As Reality Tours grew, the founders decided to expand on their social work. In August 2009, the NGO Reality Gives was born to provide access to quality education to children and youth in Dharavi and similar communities in India.

Since then Reality Gives has reached out to over 9000 beneficiaries and expanded to a second community in need, Sanjay Colony, a slum settled close to one of New Delhi busiest industrial areas.

Today Reality Gives runs a School Program and a Youth Program reaching out to over 1000 beneficiaries every year, thanks to a dedicated team, 80% hired from the community itself. 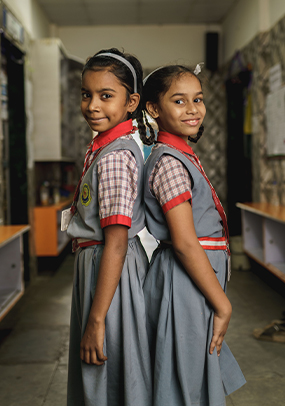 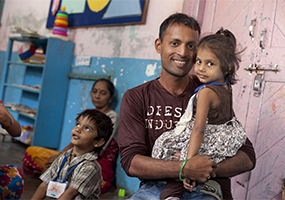 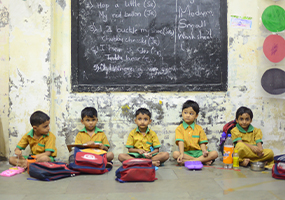 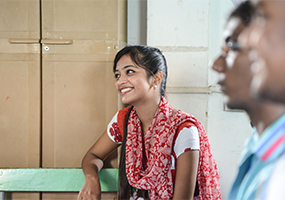 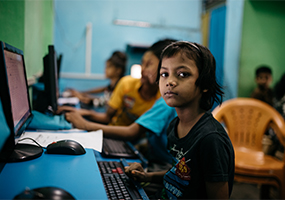 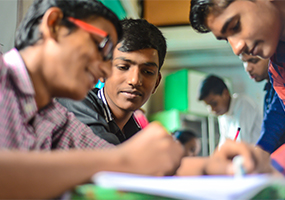 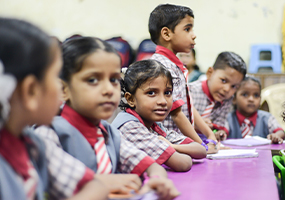 “We started by hiring a small room to teach English to ten children in Dharavi in 2009. I would have never imagined that 10 years after we would have helped thousands of young people across communities in India”.

After discussing with Dharavi’s families about their need for quality education and activities for their children, Reality Tours founders start a Pre-School, English and Computer Classes and a Cricket Program; the response of the community was very positive.

Reality Gives is born and registered as a Trust on the 4th of August 2009.

In Dharavi many youths could only access substandard schools. This impacted their future career and education opportunities, as well as their sense of self-confidence.

Reality launches its first holistic Youth Program, a combination of English, Computer and Life Skills classes to offer these youth a second chance.

Reality Gives identifies a lack of quality schooling options for children in Dharavi as a key issue to address.

In addition to its existing pre-school, Reality starts a pilot project in collaboration with a Government Marathi Medium School, providing English Classes to their students in Grade 1.

The Girls Football Program was launched with the aim to make it acceptable for girls in Dharavi to play sports within their community.

It was created as a chance to broaden young girls’ own personal development, learn teamwork, leadership, and self-confidence and more importantly to have fun.

Access to quality education for young people in Dharavi becomes the core of Reality Gives’ work.

A School Program in partnership with an existing private low-income school starts, with Reality providing English medium holistic education to children from preschool to Grade 1.

Adhyayan Quality Education Services, an organisation that helps Indian schools measure themselves against international standards, is called by Reality Gives to assess its School Program. Reality is given a State Silver Award, in recognition of the substantial improvement brought to children’s education in one year.

Reality realises there is a lack of adequate Curricula to teach English in urban poor communities to students that vary from housewives to college students to workers.

Reality Gives therefore develops a bespoke Curriculum, with levels based on students’ requirements and knowledge and ensures it is relatable to their life context, rather than a foreign one.

Reality Tours and Travel starts an Educational Tour of Sanjay Colony, an urban poor community in Delhi. The goal is the same as per Dharavi: breaking negative stereotypes about the slum and provide support to the community through Reality Gives.

A duplicate Community Centre is opened in Sanjay Colony and the Youth Program is also launched in Delhi.

By adding Grade 4 to the range of classes it runs, Reality Gives achieves its ambition to provide quality education to the entire primary section of Royal City School, the low-income school in Dharavi that asked for our intervention in 2013.

Over 450 children are now being provided the quality education they deserve through Reality Gives’ School Program.

Through Reality’s mission to bring equitable and quality education to young people in their own communities the NGO has grown to a team of over 45 staff, 80% of which are hired from the local communities and 96% of which are women.

The COVID-19 pandemic brings unprecedented challenges to millions across the globe in 2020, particularly to children and youth living in already fragile contexts. They are pushed into further poverty, facing health and safety challenges as well as huge learning and education gap.

Reality Gives quickly redesigns both its School and Youth Programs and starts delivering them online. This ensures that throughout the pandemic-filled year our students not only can continue to study but also stay emotionally positive, engaged with teachers and peers as well as safe.

Stay up-to-date on the latest news and updates and help us by spreading the word.